The Culture of Busyness. Why it doesn’t pay off. 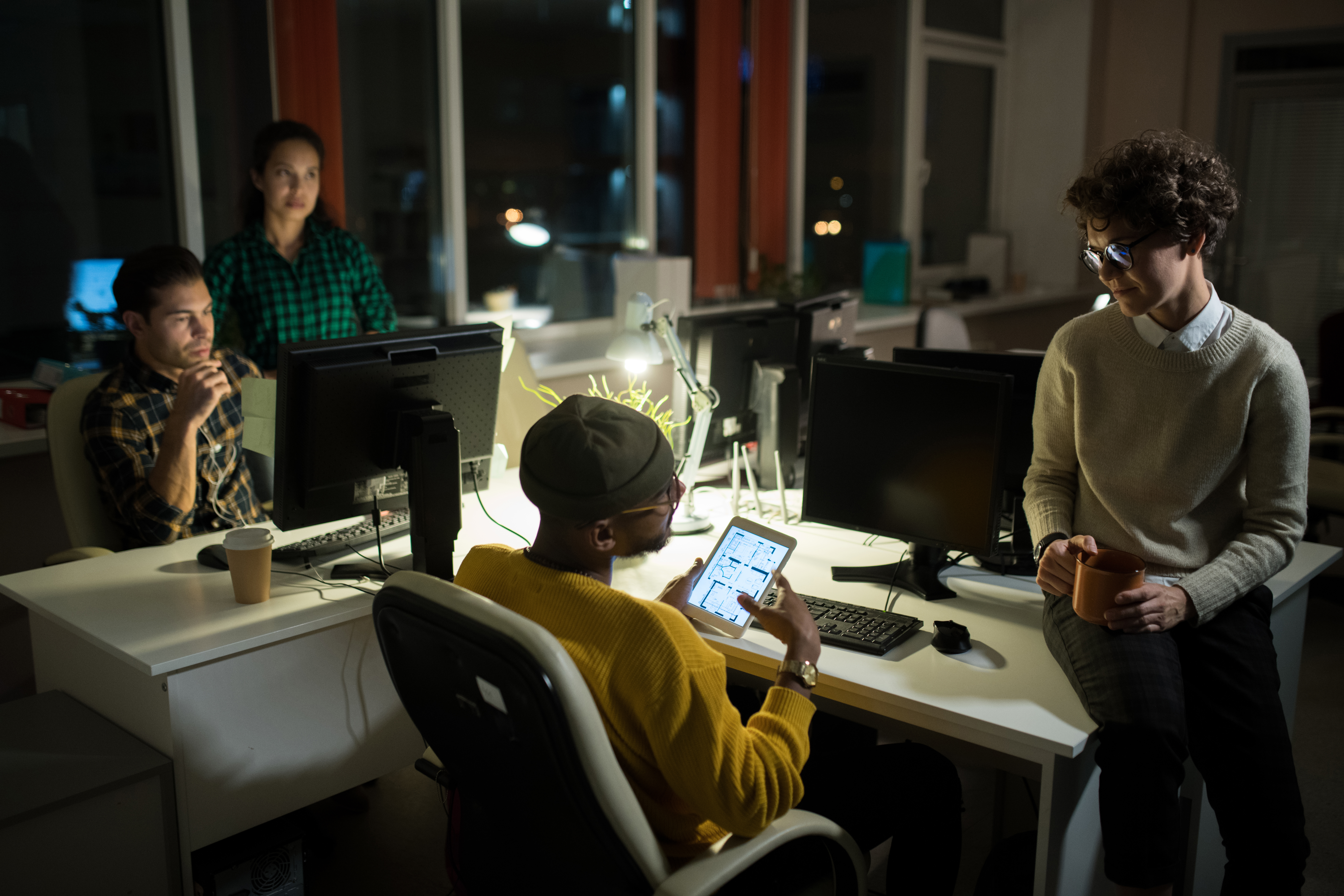 The image of a successful person who is always busy, works until late at night and has no time to rest has completely permeated our reality. But – is it really the manifestation of success and – is it good for business to have so busy employees?

“I don’t know what to do first”, “I’m terribly busy”, “I’m working 12 hours a day, I can’t do it”. Sounds familiar? If so, it means that the culture of busyness is taking a company by storm. According to research, it has actually become the dominant culture of many organizations. In this article we will try to show:

Why do we admire busy people?

This was a question asked by a team of scientists led by Silvia Bellezza, an assistant professor of marketing at Columbia Business School (who had previously worked in the marketing departments of LVMH and Danone). The researchers carried out a series of experiments to help them determine what people think, seeing very busy people and those with a lot of free time. The results are striking.

In one of their experiments, the researchers asked respondents to read a short description of a 35-year-old man named Jeff. One group of participants read: “Jeff works long hours and his calendar is always full.” In contrast, participants in the other group read, “Jeff does not work and has a leisurely lifestyle.” After reading these scenarios, participants rated the perceived social status of the person described.

“Not long ago we assumed that it’s the rich people that don’t work.”

It turned out that respondents automatically assumed that the overworked Jeff was a wealthier man than his more lazy alter ego. Why? As Bellezza wrote for Harvard Business Review: “In general, we found that the busy person is perceived as high status, and interestingly, these status attributions are heavily influenced by our own beliefs about social mobility. In other words, the more we believe that one has the opportunity for success based on hard work, the more we tend to think that people who skip leisure and work all the time are of higher standing.”

All this sounds very logical (after all, each of us is a master of his own destiny, isn’t that right?), but it’s worth realizing that such thinking is relatively new, because still – not long ago – we assumed that it’s the rich people that don’t work.

Sweet life of the leisure class

The same team of researchers decided to analyse advertisements of very luxurious products from the beginning of the 20th century and noticed that while a contemporary wealthy person is in a hurry all the time, at the beginning of the 20th century people with plenty of money had plenty of free time, were able to enjoy their life, sitting at the swimming pool, without experiencing any time pressure.

Scientists derive such a vision of wealth directly from the lifestyle of aristocracy, which did not use such categories as free time and working time at all. This is well illustrated by the example of Violet Crawley, the Dowager Countess of Grantham from the Downton Abbey series, who asks with disarming sincerity: “What is a weekend?”

At the turn of the nineteenth and twentieth century wealthy people did not work, because since they had money, they did not have to roll up their sleeves, but could enjoy life instead. The people striving to find work-life balance, just as most of us do now, were factory workers and it was for their use that the weekend was created, which today we are so willing to give up for work, in order to (ironically) raise our social status in the eyes of others.

Studies show that our way of thinking about work, leisure time, wealth and laziness has shifted by 180 degrees. And these are not just vague assumptions. The Bellezza team’s research report mentions an analysis of letters from holidays since the 1960s, where the frequency of using the term “crazy schedules” increased dramatically. Besides, it’s enough to have a quick look at the Internet activity of public figures and celebrities to arrive at the conclusion that almost every one of them complains about lack of free time and overwork. As Ann Burnett, director of the women and gender studies program at North Dakota State University in a conversation with Time, noted: “There’s pressure to be busy. If you’re not, you’re likely going to face questions as to why.”

“There’s pressure to be busy. If you’re not, you’re likely going to face questions as to why.

How does busyness affects business

The culture of busyness may be tempting. Employees who push themselves almost beyond the limits of human endurance and willingly devote evenings and weekends to work…. However, the research proves that the culture of busyness does not generally work to the company’s advantage. It may even lead to a situation where people spend more time talking about being busy than actually working. There are many indications that the higher the busyness factor in the company, the less quality work we get in the everyday company’s reality. Why?

Firstly, excessively tired and discouraged employees are not able to work creatively or productively.

Secondly, due to the growth of the culture of busyness, we tend not only to obsessively fill our calendars with meetings, overtime and new projects, but also (often unconsciously) excessively emphasize our overwork in order to mark our social position. We are not fully aware of this mechanism and we certainly cannot say that every time an employee tries to explain himself, blaming lack of time and a crazy schedule, he or she wants to achieve something concrete. On the other hand, being “constantly busy” has become a clever technique that allows us to navigate in the reality.

This issue was raised by Laura Vanderkam at the TedWoman conference in 2016. Vanderkam conducted qualitative research among extremely active business women and looked at their time management methods. One of the researcher’s conclusions was that by saying “I don’t have time”, many of us actually think: “This was not my priority.”

The conclusion is that the most „busy” employees are not necessarily the most effective ones. Most probably – it is exactly the opposite way. So the culture of busyness does not directly lead to the better productivity or more profits. In the longer term – it most often leads to worse effects.

Not busy, but effective

If the culture of busyness is proved not to be the good way to achieve better business results, what are the alternatives?

Current labour market trends are moving towards the conclusion that less work (especially in creative industries) often means more results. There is an already famous example of the New Zealand company Perpetual Guardian whose bosses have permanently reduced the working week to four days without reducing the salaries and benefits of more than 200 employees. Academics who studied the trial (prior to the introduction of this solution on a permanent basis) reported lower stress levels, higher levels of job satisfaction and an improved sense of work-life balance. Critically, they also say workers were 20% more productive.

Of course, it is not only about cutting the working days or hours but about introducing the culture that does not glorify time spent on work, but concentrates on other values. There are some examples of more healthy attitudes. Like Turquoise (teal) organizations, characterized by self-organization and self-management.

Which means, among others, that employees are not under pressure of constant control and do not have to show their „engagement” all the time.

The culture of work-life balance is the best known alternative. The problem is that it is more often declared by the companies than introduced in practice. The real work-life balance means there is no acceptance for sending emails after working hours, employees are not bothered during their holiday, may work from home when needed etc.

In reality, however, all depends on the personal attitudes of the highest management. If your boss tends to work overtime and is constantly „busy”, it is pretty sure he or she would expect the same from an employee. Even if the business results are not much better anymore. And there is a new pressure that „apparently we have to work harder…”