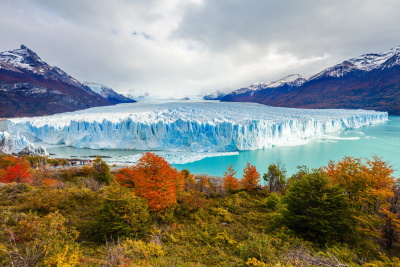 WeSearch purpose is to understand its client’s thoughts to provide the best solutions in talent incorporation aligned with their needs and strategy.

For WeSearch understanding its clients means listening to their problems which must be solved. They do it with agility, avoiding complications and unnecessary efforts. The best solutions involve finding the right talent with their corresponding competencies, and culture organizational “fit”. The search process is guided by the current issues to solve as well as the client’s medium and long-term plans.

Ruben is a National Public Accountant who graduated from Buenos Aires University- Economic Sciences Faculty. He has an MBA with a specialization in Human Resources from Salvador University in Buenos Aires and has completed the IAE PAD program.

Prior to his initiation in the Executive Search area, he was successively Controller for Diners Club and Bausch & Lomb to later be President of American Express Argentina, CEO of Visa Argentina, and CEO of Grupo Juncadella Prosegur.

Ruben began working as a professional recruiter in 1995 at Tasa, a Swiss-based company, later joining Heidrick & Struggles, where he remained until March 2009. Later, worked until August 2011 at a local search firm in Argentina. He is currently an Executive Search Consultant at WeSearch.

Author of numerous journalistic articles on his specialty, Ruben is regularly consulted by different media companies on business organization-related issues. He has worked as a professor of Organizational Development and taught seminars and courses at several higher education institutions in Argentina.

Jorge has done most of his professional activity at PwC Argentina, having joined the firm in 1972. He was a Partner from 1989 until his retirement in 2017. He worked in the Audit, Consulting and Transactions areas, coordinating working groups that provide support to many client companies. He served on PW in America in the late 1970s and early 1980s.

He led the Energy sector at local and regional levels, in which he specialized, and also led the Advisory practice, coordinating hundreds of specialists in the areas of management consulting, human resources, technology, risks, forensics, and transactions. Jorge was a member of the PwC Global Energy and Utilities Council.

After retiring from PwC, Jorge worked at Signium Argentina until August 2018, and currently went on to found, together with Ruben Heinemann, the executive talent search company WeSearch. From 2014 to 2020 he has been President of the Argentine Committee of the World Energy Council. For more than 15 years, he has been Director for the United States Chamber of Commerce in Argentina (Amcham) and for the British Argentine Chamber of Commerce.

He is a Public Accountant, graduated from the University of Buenos Aires in 1976, and has a degree in Administration from the same university. Additionally, he has several postgraduate degrees. In 2009 he participated in “The Wharton Advanced Management Program” at Wharton, University of Pennsylvania.

Jorge has participated as a speaker in events on topics of his specialty in Buenos Aires, Houston, New York, Washington, London, São Paulo, and Beijing.